The movie tells the story of an unlucky high-life musician ‘Osa Wonda’ whose life and family are turned upside down when a scandal is revealed on the eve of his 60th birthday.

Ahead of its release on 9th December, the premiere was held at the Jewel Aida in Lekki and saw an influx of celebrities, both cast and other stars from the industry, including RMD, Iyabo Ojo, Segilola Ogidan, Jemima Osunde, Beverly Naya and Neo Akpofure walk the red carpet, most in uniformed Ankara-themed ‘‘Owambe Wanda’ outfits.

On the red carpet, some cast members shared their experiences working on this movie set.

Famous actor Richard Mofe Damijo (RMD), the lead character, chose to remain mysterious about his role in the film. He said, “No spoilers; everyone should watch the movie; look at the posters and tell me if you don’t want to watch this movie.”

Speaking with PREMIUM TIMES, Iyabo Ojo revealed she played a naughty character in this movie, but the only challenge she had was late-night work; she said, “We had to shoot very late night sometimes to the early hours of the morning, those were a little bit challenging for me cos I love my sleep. But it was fun.”

Beverly Naya, who played the character Charlie, revealed that the team attracted her to this production. “I loved the cast, the cast was amazing, they were consistent, they worked hard, and I’ve also worked with them before; this is like the third time I’ve worked with them.”

BBNaija star, Akpofure, who was cast in this movie, revealed this is his first feature film and was happy about his character because he already fitted into his regular lifestyle.

He highlighted the cast was intimating his biggest challenge, and he said, “The most challenging aspect for me was getting to roll with these actors on the cast because these are people who have stamped their names on Nollywood, but this was my first movie and look at the cast.”

“However, it was amazing to see people guide me, to say, ‘Okay Neo, I know it is your first time, do it like this, and whenever they put me in that light, it was very welcome to see that I could be that comfortable with these people and I thank God for the experience’’. 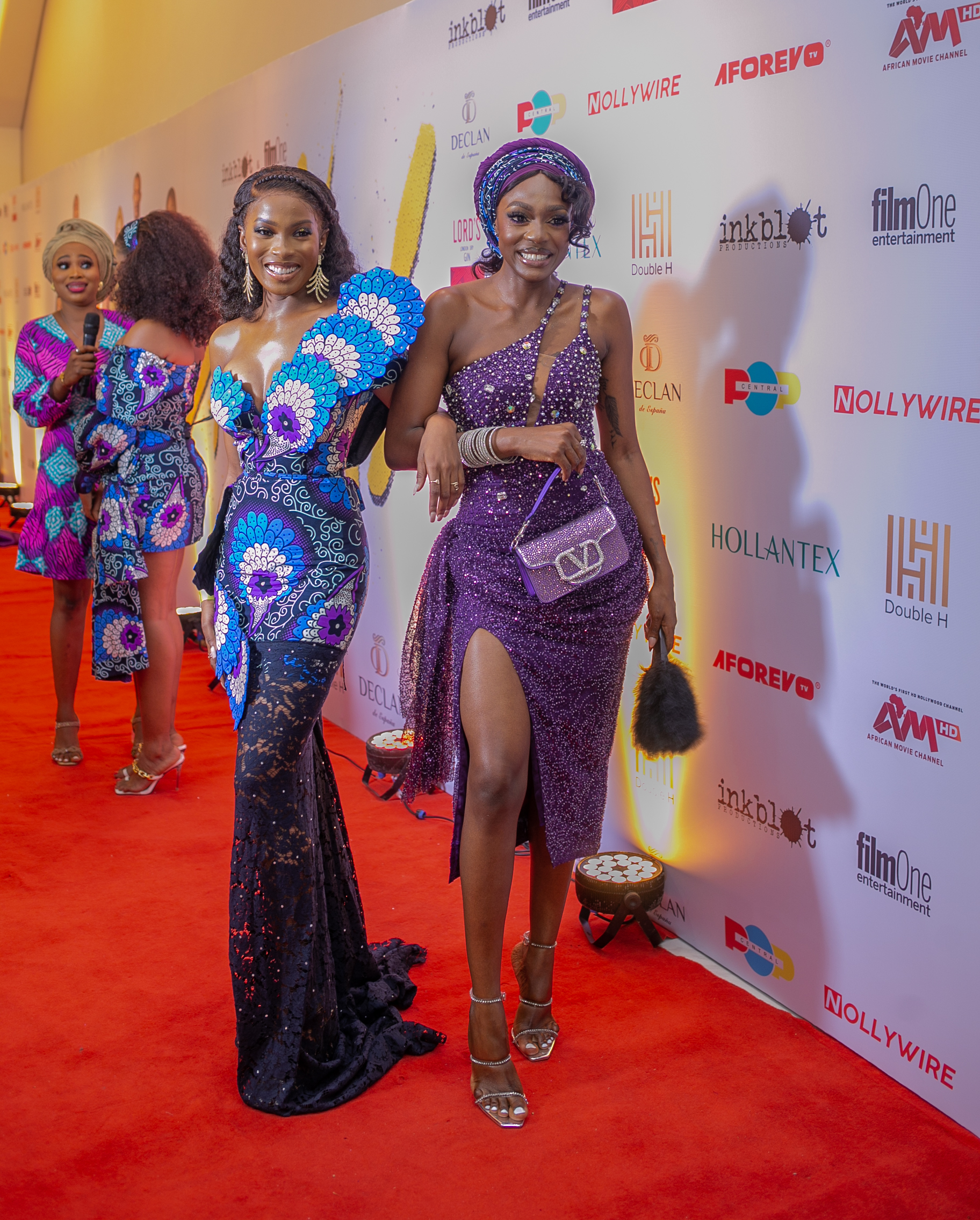 With the success of hit cinema movies in 2022, including “The Blood Covenant“, “The Perfect Arrangement”, and “The Set Up 2”,.

In collaboration with FilmOne entertainment, Inkblot describes the film as a family comedy that perfectly fits into the Christmas festive season.

The movie tells the story of an unlucky high-life musician ‘Osa Wonda’ whose life and family are turned upside down when a scandal is revealed on the eve of his 60th birthday.

The movie was written by Anee Icha and Chinaza Onuzo and directed by director Niyi Akinmolayan, who has hinted that people should prepare for an unforgettable experience across the theatres when the “Palava” is finally released in cinemas.

Following Inkblot’s decision to end this year on a high note, the ‘Palava’ movie came packed with a great mix of Nollywood stars, from veterans to newbies in the industry.