The video ends with a note of gratitude for Mr Zetsche, saying: “Thank you, Dieter Zetsche, for so many years of inspiring competition.”

A video tribute by BMW for Mercedes-Benz CEO Dieter Zetsche on his retirement proves that business rivalries need not always be cutthroat – sometimes they’re just in good fun. For the video, Mercedes hired a lookalike of Mr Zetsche, complete with his signature walrus moustache, to enact a scene from his retirement.

As the video begins, ‘Dieter Zetsche’ is seen bidding goodbye to his employees as he prepares to leave office. The video then shows him being driven home in a Mercedes-Benz S-Class. On reaching home, however, he opens his garage door – only to reveal a striking metallic-orange BMW i8 Roadster.

“Free at Last,” reads the cheeky caption, before the video ends with a note of gratitude for Mr Zetsche, saying: “Thank you, Dieter Zetsche, for so many years of inspiring competition.”

Watch the warm yet funny tribute by BMW below:

The video has gone viral with over 3 million views on YouTube and another 1.5 million on Facebook as many applauded BMW’s creativity.

“I’m a hardcore Benz fan but that was funny, respectful and creative,” wrote one person in the comments section on YouTube. “Wow this is the true definition of friendly competition. Love this,” said another.

Mercedes-Benz also responded to the video with a “thanks” on Twitter – but with a catch, of course. The German automakers thanked their competitors for the suggestion, but added that their CEO had already decided to switch to EQ – Mercedes-Benz’s new electric vehicle brand.

Retirement is when you can leave your past behind and embrace your future. 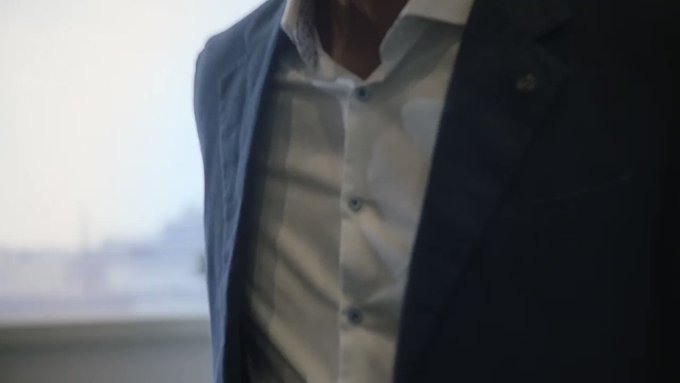 Wildlife Photographer of the Year: stories behind classic portraits